I know it's not a book but I got to see the Lion King Gazelle Tour Sunday night and I'm so happy! 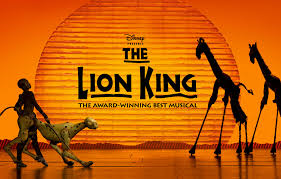 This show was amazing! The costumes were spectacular, the music was great and I have to say I love the plot of the Lion King.
I loved the young Nala and Simba and here is a picture of both the actors that play them. I got to see Meilani  Cisneros (far left) as young Nala and Julian Rivera-Summerville (middle left) as the young Simba. At least I'm pretty sure... I could be wrong I was sitting in the very back but I'm light 89.9% sure. The other young Nala is played by Savanna Fleisher and young Simba by B.J Covington. 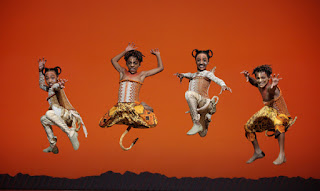 They also had amazing actors play Pumbaa and Timon. Ben Lupitz, who plays Pumbaa, has been doing Lion King for a very long time. Over 5,000 shows! And Nick Cordileone, Timon, is so great at what he does. 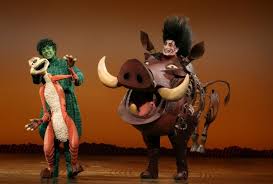 They also have Rafiki, the monkey. Believe it or not Buyi Zama, Rafiki, is actually a woman whereas Rafiki is a boy in the movie. But she does an amazing job. She definitely has the voice for the part. 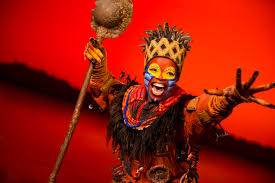 There is also Scar, played by Mark Campbell one of the few white men in this mainly African cast (because it's Lion King and takes place in Africa). 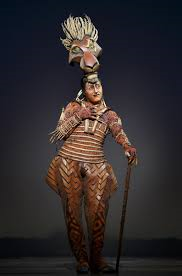 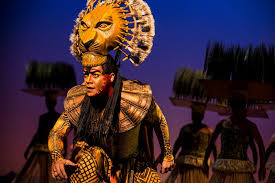 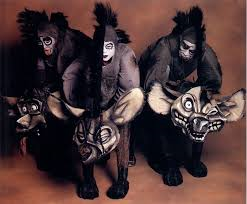 Zazu, played by Drew Hirshfield, who is so funny! 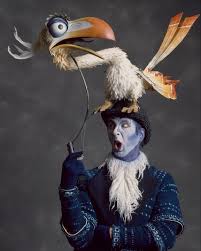 And last but certainly not least older Simba and Nala, played by Aaron Nelson and Nia Holloway. 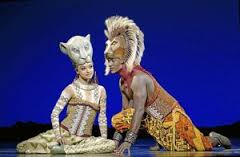 The also have a lot of songs, my favorite include They Live in You (top)/ He Lives in You (bottom). 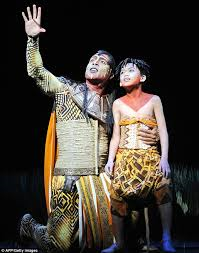 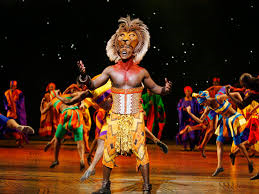 And some of the classics like I Just Can't Wait to be King, sung by Young Nala and Simba and Zazu. 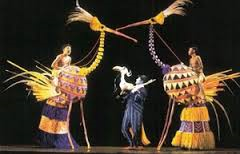 And Hakuna Matata, sung by Pumbaa, Timon and the young Simba but shows the time change in entering Older Simba. 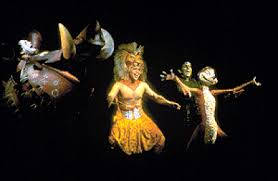 And what musical would be complete without a little romance. Can You Feel the Love Tonight is an amazing song sung by Timon, Pumbaa, Older Nala and Simba and the ensemble. And the villain song? Defiantly Scars Be Prepared. 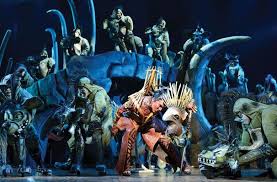 This show was amazing and well worth the money. I would go see it again in a heartbeat. The cast was absolutely amazing!
As one last fun fact... Young Simba has more stage time then any other character!
Next review will be on Harry Potter and the Prisoner of Azkaban!
Review, Comments and Follows are all appreciated!
Posted by H.E.E. at 4:41 PM